A Short History of the Parish of Magherafelt

The early form of the place name Magherafelt has two elements, tech, meaning house/monastic house and Fighealta or Fidhealta which is clearly a female personal name and indicates that there was in Magherafelt an early Christian monastic house which was under the direction of a woman. The Christian Church in early Ireland, shortly after the mission of St. Patrick in the fifth century, developed into a monastic Church, and the spiritual needs of the population were catered for in little monasteries scattered throughout the countryside. By the twelfth century reform was in the air and at the great Synods of Kells and Rathbreasail, diocesan and parish boundaries were drawn up. The diocese of Armagh ran from the Boyne to the Bior or the Moyola and Magherafelt was the most northern parish in the diocese.

The new parishes corresponded by and large with the territories served by the early monasteries. Early seventeenth century maps show a church building situated presumably below the present day Bridewell at the bottom of Broad Street. This early medieval church was clearly in the lands that were under the sway of O’Neill of Tyrone. O’Neill had the traditional right to nominate the pastor of the parish. The long drawn out Council of Trent in the latter part of the sixteenth century had laid down the specifics of Catholic belief and brought about a new emphasis on preaching and teaching the fundamental elements of Catholic belief and the requirement for the future that all priests have a seminary training. 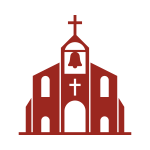 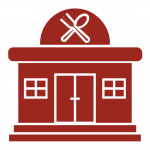 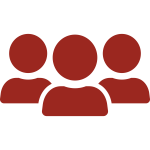