Magherafelt parish is magnificently served by its four schools – Holy Family Primary School, New Row Primary School, Castledawson, St Pius X College and St Mary’s Grammar School. The vision and values of Catholic education which inspire the work of all four schools are cherished and promoted by their Principals. Accordingly, Magherafelt today enjoys a superb reputation in the field of education.

The school was founded in 1927 by Monsignor John Ward, Parish Priest of Magherafelt, to provide secondary education for Catholic girls of the area under the direction of the Sisters of the Holy Family of Bordeaux.

Ten girls were enrolled in the first year under the Principalship of Sister Cassian Tracey. Sister Cassian was succeeded by Sister Salome Creagh (1928 – 1937) who in turn was succeeded by Sister Philomena Cashin (1937 – 1945). Sister Salome and Sister Philomena together with Monsignor Ward dedicated themselves to securing formal recognition for the school. This was granted by the then Ministry of Education on 1st August 1945. The school flourished and grew under the energetic leadership of its next Principal, Sister Marie Therese Harte (1945 – 1977). 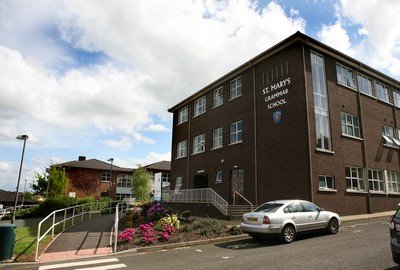 With the school’s continued academic success, the need for more accommodation became urgent and in 1954 the first extension was built.

September 1978 marked a significant milestone in the history of the school: 37 boys were enrolled in St. Mary’s along with 587 girls. Today St. Mary’s Grammar School has eleven hundred pupils on roll, with an equal ratio of boys and girls and serves three counties: Derry, Antrim and Tyrone.

In 1984 new accommodation was again required. Under the leadership of Sister Immaculata O’Connor, Principal (1977- 1995) the Friends of St. Mary’s was formed with the purpose of raising funds to finance the building programme. The £6 million extension was formally opened by Cardinal Daly on 8 December 1994.

The school’s first lay Principal, Mrs W A O’Kane (1995-2004) was responsible for further enhancing the academic reputation of the school and widening its extracurricular portfolio. In 2003, the latest phase of the building development programme was completed with the opening of Café Bordeaux and the new classroom extension. 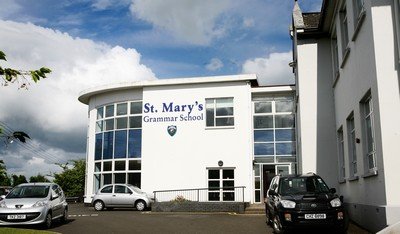 Improvements to the school estate continue annually as St Mary’s is committed to providing the best possible environment for teaching and learning, living and working.

September 2004 marked another beginning in the school’s history with the appointment of its first male Principal, Mr D A Lambon. In June 2011 Mr Lambon was appointed pincipal of St Malachy’s College, Belfast and a new principal Mrs Deirdre Gillespie was appointed.

St Pius X School began, in 1960, with the purchase of six acres of land, at a cost of £5,000, by Canon Mark Quinn, Parish Priest of Magherafelt. The building of the school commenced in 1962 and opened for 300 pupils in September 1964.  The Official Opening, by Cardinal Conway, took place in June 1965. Mr Edward Quinn, ably supported by the Vice Principal, Sister Immaculata Quinn, assumed the role of first Principal.

Mr John Murphy succeeded Mr Quinn as Principal in 1967.  Much success, academic and otherwise, was achieved under the able leadership of Mr Murphy, who managed the significant growth of the school before taking early retirement in 1979. 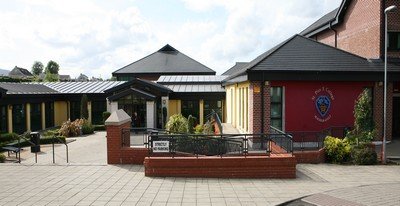 Mr Sean O’Kane, who succeeded Mr Murphy, was an innovative leader at a time of immense educational and social change. He actively engaged with a variety of initiatives and programmes culminating in the conferment of the Schools Curriculum Award in 1990.

The present Chairperson, Monsignor Christopher O’Byrne has been closely associated with the College since its inception.  Both Monsignor O’Byrne and Mr O’Kane worked tirelessly throughout the 1980’s and 1990’s to ensure that the school remained at the forefront of educational practice. The success enjoyed during this period is testimony to their efforts.

In May 1998 approval was given for a major building and refurbishment programme at an initial costing of £12 million. The project began in March 2000.

Mr O’Kane retired in 1999, handing the leadership over to Mr Frank Devenny.  Mr Devenny successfully managed the challenging task of maintaining the College’s high standards of achievement while attending to the day-to-day running of the building programme. In May 2003 the College achieved Laureate Status in the Sharing Excellent Practice in ICT award, and one of the teachers was awarded the BT Teaching Award for the Most Creative Use of ICT.

In September 2005, the first female Principal, Mrs Mary White, was appointed to the College. She retired in August 2012 and was succeeded as Principal by Ms Jacqui Bartley. The current Principal is Mr Peter Friel. 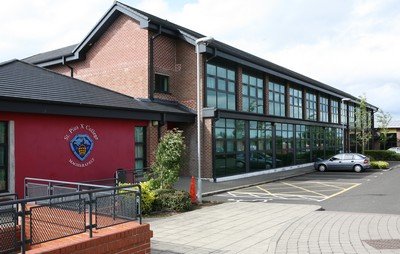 The College is fully equipped to meet the demands of the 21st Century but, as in the past, success will continue to be

won through the dedication, loyalty and commitment of Principal, staff, governors, pupils and parents, indeed all those associated with the St Pius X College community. 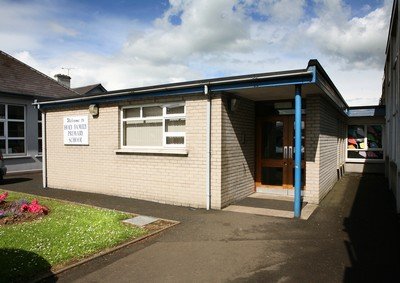 The new school was led by Sr Margaret Bradley who had been the Principal of the girls’ school for many years.

A significant addition to the school was the Holy Family Nursery Unit. This was a double unit providing nursery education to 52 children each year. This Unit, which is a stand alone building, opened its doors in September 2000. June 2000 saw the retirement of Sr. Margaret as Principal with Mrs Pauline Devenney being appointed as her successor.

Over the years the school has always adapted to meet the needs of an evolving curriculum right up to the present day as it embraces the Revised Curriculum. In recent years Holy Family Primary School has also had to adapt to meet the needs of an ever changing community. One of the significant changes here has been the increase in the number of children for whom English is an additional language.

Under the leadership of the present Principal Mr John McCormack, Holy Family Primary School not only caters for some 500 primary school children from within the parish community of Magherafelt, but it provides for approximately 50 children from 12 other countries around the world who are also resident in Magherafelt. We certainly do live in a global village!

The school dates back to the 1880’s. The original school had three classrooms and was updated in the 1960’s to include a dining hall and two additional classrooms. Today, there are eight classrooms and an enrolment of 165 pupils. 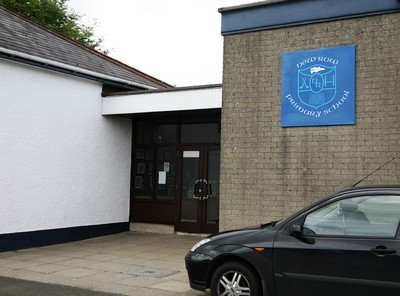 The principal of the school is Mrs Deirdre Graffin.