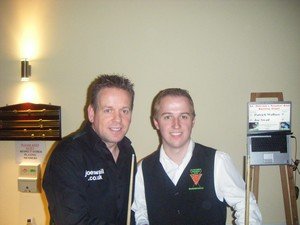 The large crowd that descended upon St Patrick’s Snooker Club on Friday night were treated to an exhibition of the highest quality as the high breaks flowed. Patrick Wallace and Joe Swail left the audience mesmerised at stages as both professionals knocked in breaks of 140 during the night. The night will also live long in the memory of Brian Milne and Enda Mc Cusker as they both claimed creditable victories against the top professionals.

Prior to the snooker starting, the Club made a presentation to Monsignor O’Byrne making him Honorary President of the club. It was in small part due to the support of Monsignor O’Byrne down the years that the club went from strength to strength. It was therefore fitting that such an honour was bestowed upon him.

Enda Mc Cusker opened proceedings against Patrick Wallace and looked to be in serious trouble early on as Wallace made a break of 40 only to fall down on a tricky red. Mc Cusker however responded with a few small breaks and clinched the frame on the blue ball. The achievement of Mc Cusker was further emphasised in the next frame when Kevin Murray won the toss and elected to break against Wallace. This was to prove to be Kevin’s one and only shot as the Dungannon ace superbly cleared all the balls for a 140 clearance. Murray could only admire the display “Even though I only got one shot it was a privilege to be involved against a player making that standard of break, I think Enda angered him by taking the opening frame” joked Murray. Wallace was now in top form and he continued to impress in the next frame against Cookstowns Peter Loughran as he ran out a comfortable winner. Connor Gillespie was next up and he was extremely unlucky to lose out on a black ball fight following a nicely constructed 37 break. Wallace then claimed the next three frames against Enda O’Hagan, Brian Milne Snr and Peter Reilly with the aid of breaks of 44, 45 and 57. 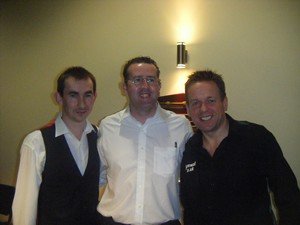 On the other table Joe ‘The Outlaw’ Swail appeared to be in top form from the outset as he opened up with a fantastic 78 break against Paul Mc Guckin. Mc Guckin however got the crowd going as he knocked in a superb long black at the end to show his own quality. Sean Doyle was next up for Swail and looked like challenging the world number 25 only to leave himself a tricky shot from the cushion when in the middle of a break. Swail made a well constructed break of 45 to get over the winning line with a few points to spare.

The next game of the night brought 81 year old Tommy Walls to the baize to challenge Swail. This game was probably the longest lasting game of the night as the banter took over the snooker. The crowd were treated to a different type of frame as the players joked and interacted with the crowd. Walls however did show that he still possesses some of the talent that made him the best player in the area during the 60’s as he left Joe scratching his head following a series of tricky snookers. 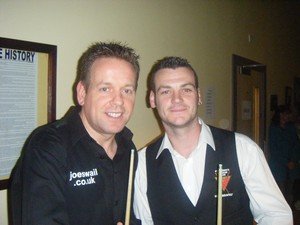 Brian Milne Jnr was next in line to face the Swail onslaught but seemed to be ready for the challenge as he opened up a 50 point lead with the help of a 38 break. As Milne missed a tricky red to keep his break going it appeared he was in danger of letting his lead slip as Swail stepped in. However, when potting the black ball from an acute angle Swail watched as the white dropped in the middle pocket. This gave Milne the lifeline needed and he duly accepted  by making another small break to leave the game out of reach for Swail and claiming a famous victory. Paul Currie, Kieran Cassidy and John Donaghy were to feel a backlash from Swail as he claimed the next three frames aided by breaks of 37, 44, 45, 55 and 82 although the local players did themselves proud with their performances. Dermot Loughran from Dungannon was last to step up to challenge Swail but could only watch on as from a seemingly impossible position Swail equalled the break set by Wallace earlier in the night as he too knocked in a superb 140 total clearance. 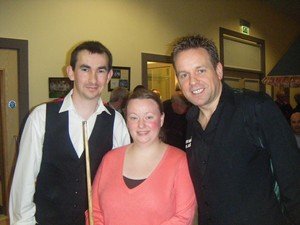 The St Patrick’s Club then held a raffle that resulted in Mary Donaghy winning a signed cue donated by Sportsworld. The raffle also gave Ronnie Mc Afee and Declan O’Neill the opportunity to partner the professionals in a game of doubles. This game never had many high breaks but did have endless jokes and laughs throughout. For the record it was Mc Afee the potted the final black to cap a fantastic night for the locals.

Even though it was fast approaching the crowd remained and were hungry for more, the professionals didn’t disappoint as they played a three frame shoot-out. Swail claimed the first frame with a break of 48 as he clearly had a maximum on his mind only to miss a tricky red to the middle. This was to be as good as it got for Swail as Wallace claimed the remaining two frames with consecutive breaks of 70.

Patrick Wallace and Joe Swail then thanked the large crowd for turning out to see them and also had special words of praise for the host club. “The tables are absolutely fantastic and it was pleasure for both Joe and I to be part of the opening of this fantastic club” said Wallace. The night ended with both professionals signing autographs and posing for pictures with the supporters as they left knowing that had been part of a special night.

The St Patrick’s Snooker Club would like to take this opportunity to thank the large crowd that turned out and kindly gave a donation at the door. They would also like to thank both Joe Swail and Patrick Wallace for a great night’s entertainment that will live long in the memory of the people that attended. Finally, Thomas Mc Crea and Tony Corry deserve a special mention as the carried out refereeing duties on the night to the very highest standard. 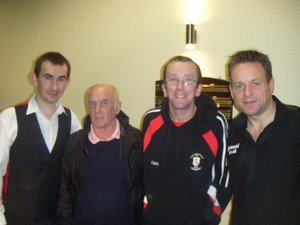 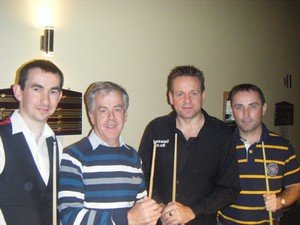 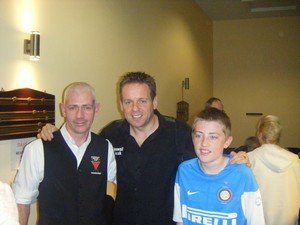 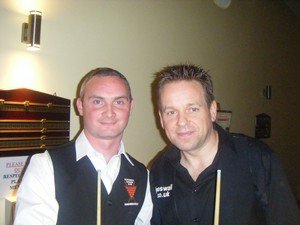 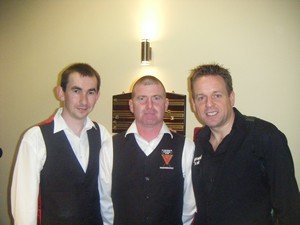 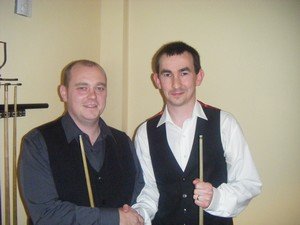 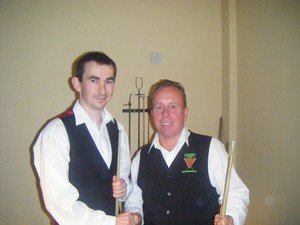